The Passion according to Carol Rama offers an overview of a multi-faceted body of work, its scenography taking the form of a fragmented 'anatomy' that combines the chronological and the thematic in a thoroughgoing revelation of Rama's obsessive complexity.

This is a hybrid oeuvre in which subject and medium coalesce, from mouth/watercolour to penis-breast/rubber and eye/bricolage. A seeming jumble of themes and materials, Rama's different series in fact come together as a coherent whole, tackling notions like madness, fetishism, ordure, abjectness, pleasure, animality and death.

Born into a traditional Catholic bourgeois family in Turin in 1918, this self-taught artist has said, 'I've never needed a model for my painting; the sense of sin is my teacher.' Beginning with the early 1930s watercolours that caused censorship clashes, she developed a distinctive visual system at odds with normative, male-dominated modernism. In 1950 her work took an abstract turn, moving towards a personal, organic vision of Concrete Art. Twenty years later she began using strips cut from bicycle tyres as sensual, minimalist 'image material'. In 1980 she reverted to figuration with watercolours painted on architectural illustrations. Her most recent major series, dating from the 2000s, takes its inspiration from mucca pazza (mad cow disease) and consists of provocative rubber compositions that could be termed 'queer Arte Povera'.

In contrast with the artist’s light-filled studio, Rama’s apartment is a dark, skilfully arranged room, home to a plethora of portraits, other works and odds and ends: her raw materials, primitive and religious statuettes and pop items. Chosen with Maria Cristina Mundici (Archivio Carol Rama), a selection of objects sets up a dialogue here with Bepi Ghiotti’s photographs installation of the casa studio. The background soundtrack by Paolo Curtoni is a mix of sounds from the apartment and recordings of the artist’s voice. 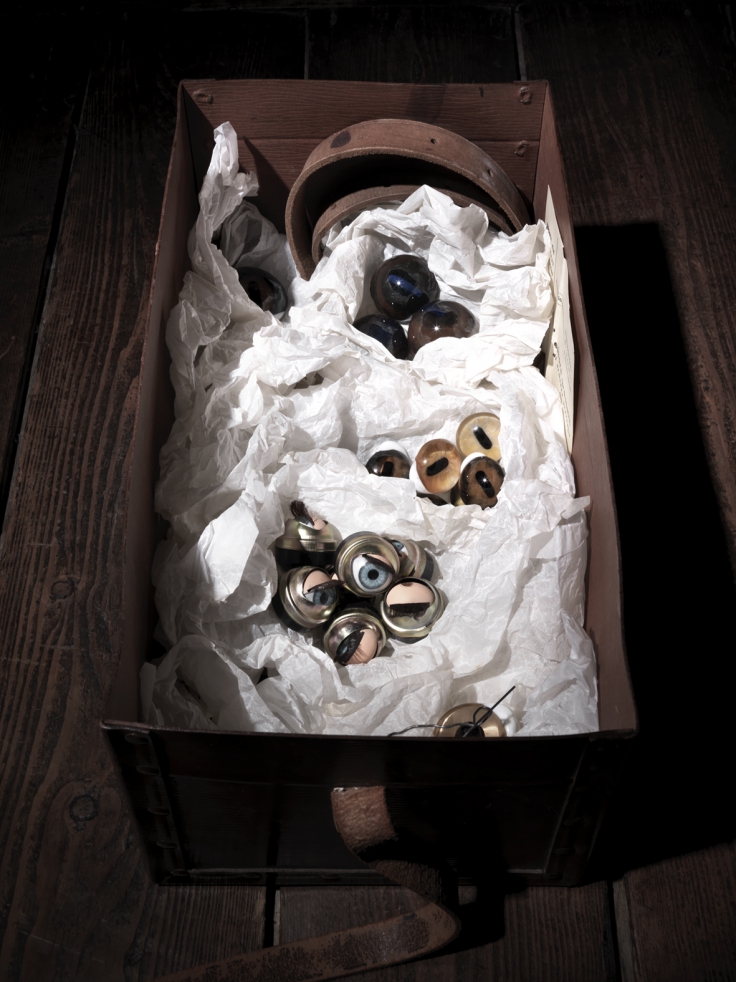 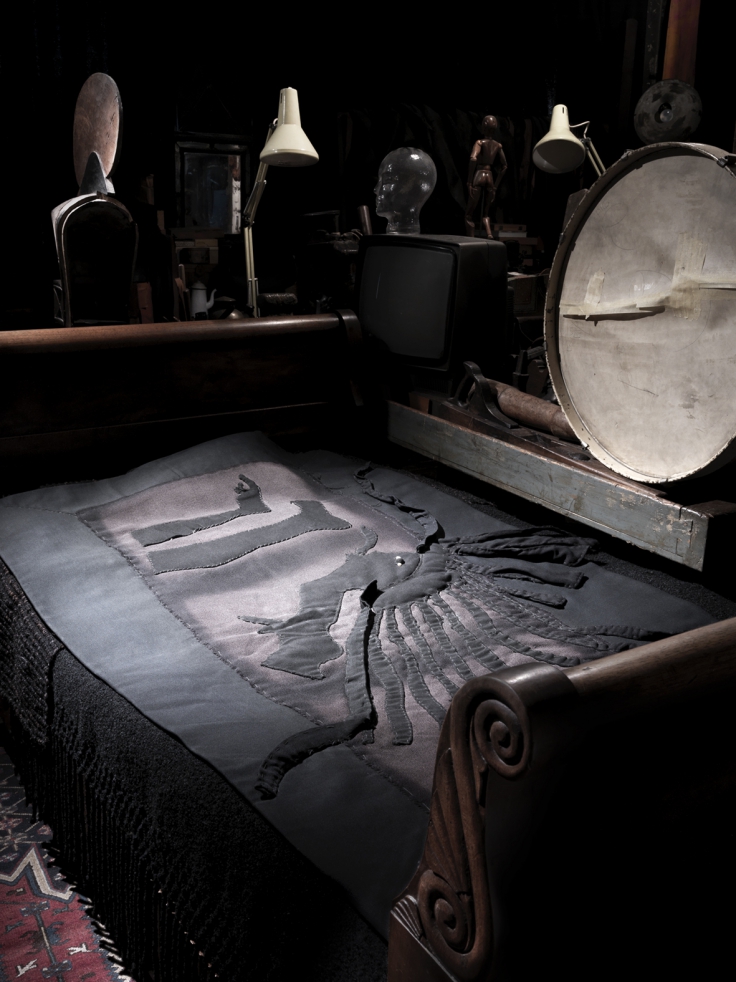 Despite a solitary, eccentric existence far removed from movements and the fashionable, Rama has always mixed with artists and intellectuals, among them Carlo Mollino, Edoardo Sanguineti, Lea Vergine, Man Ray, Pasolini and Andy Warhol. She now appears as a figure crucial to any understanding of the representational changes in the art of the 20th century. Winner of the Golden Lion at the Venice Biennale in 2003, she was shown there again in 2013, and her work has become the focus of intense interest on the part of museums, art historians and other artists.