A generously documented chronology illustrates the richness and singularity of an oeuvre marked by an ongoing dialogue between the arts. One feature that stands out overall is a personal approach to colour that harks back to Sonia Delaunay's childhood in Russia and her art study years in Germany.

While Robert Delaunay was busy conceptualising abstraction as a universal language, Sonia was testing it out in painting, posters, garments, bookbinding and household items, and collaborating with poet Blaise Cendrars on the artist's book Prose of the Trans-Siberian and of Little Jehanne of France. Her Spanish and Portuguese years during the First World War saw her first ventures into theatre and, before her return to Paris in the 1920s, commercial fashion design in Madrid. The following decade brought a pared-down abstraction in the international style that harmonised with the architecture of the time, as in the big mural decorations for the Air Transport Pavilion at the International Exhibition of Art and Technology in Modern Life, on show here for the first time since 1937. Her role as a "go-between" for the pioneers of abstraction and the postwar generation is pointed up through her contributions to the Salons des Réalités Nouvelles, her involvement in various architecture projects and her exhibitions at the Denise René gallery in Paris: after the war her painting underwent a profound renewal, culminating in the late 1960s in an intensely poetic form of abstraction. Her formal and technical gifts found expression in monumental paintings, mosaics, carpets and tapestries, and her late work was marked by the albums of etchings she produced for Editions Artcurial.

Also including recreations of groups and arrangements of her work, together with photos and films of the period, the exhibition emphasises the paradox of an oeuvre which, while very much of its time — from the Belle Epoque to the 1970s – remains ageless in its unceasing formal explorations and its quest for a synthesis of all the arts.

The exhibition will be on show at Tate Modern in London between 15 April and 9 August 2015.
A generously illustrated catalogue of 256 pages will be published by Paris Musées to mark the exhibition

Exhibition realized with the exceptional help of 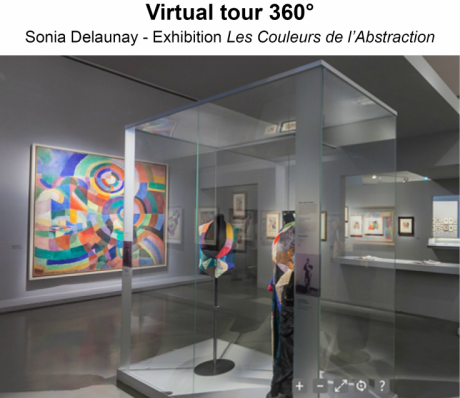