A protean artist, Félix Del Marle is one of the rare representatives of French futurism. This Italian movement was nevertheless launched by Marinetti in Paris.

Del Marle arrived in Paris in 1912, met Apollinaire and became friends with Gino Severini, whose studio he shared for a time. He took part in the Futurist Manifestos by writing in 1912 the Futurist Manifesto against Montmartre.
These two drawings show the importance of transportation, speed, and syncopated images of urban life that carry individuals in a whirlwind of shapes and colors. These two drawings are still very close to the cubism that develops at the same time.
Like Severini ( Le Nord-Sud, 1913 Galleria de Turino) the metro plays an important role in the modern city. And it is no coincidence that Del Marle, in Station de métro Montparnasse, gives an account of the North-South line-the intertwined initials NS and decorative motifs of the company, which was in service from 1910 to 1912, and which united the two districts of Montmartre and Montparnasse. The station signs and all the signage merge with advertisements and people reading their newspapers. At that time, Montparnasse seemed much more modern than Montmartre and many artists left the mound before 1914.

The other work depicts the Orsay or Orleans train station by an interlacing of metal beams, of various shapes and colors. 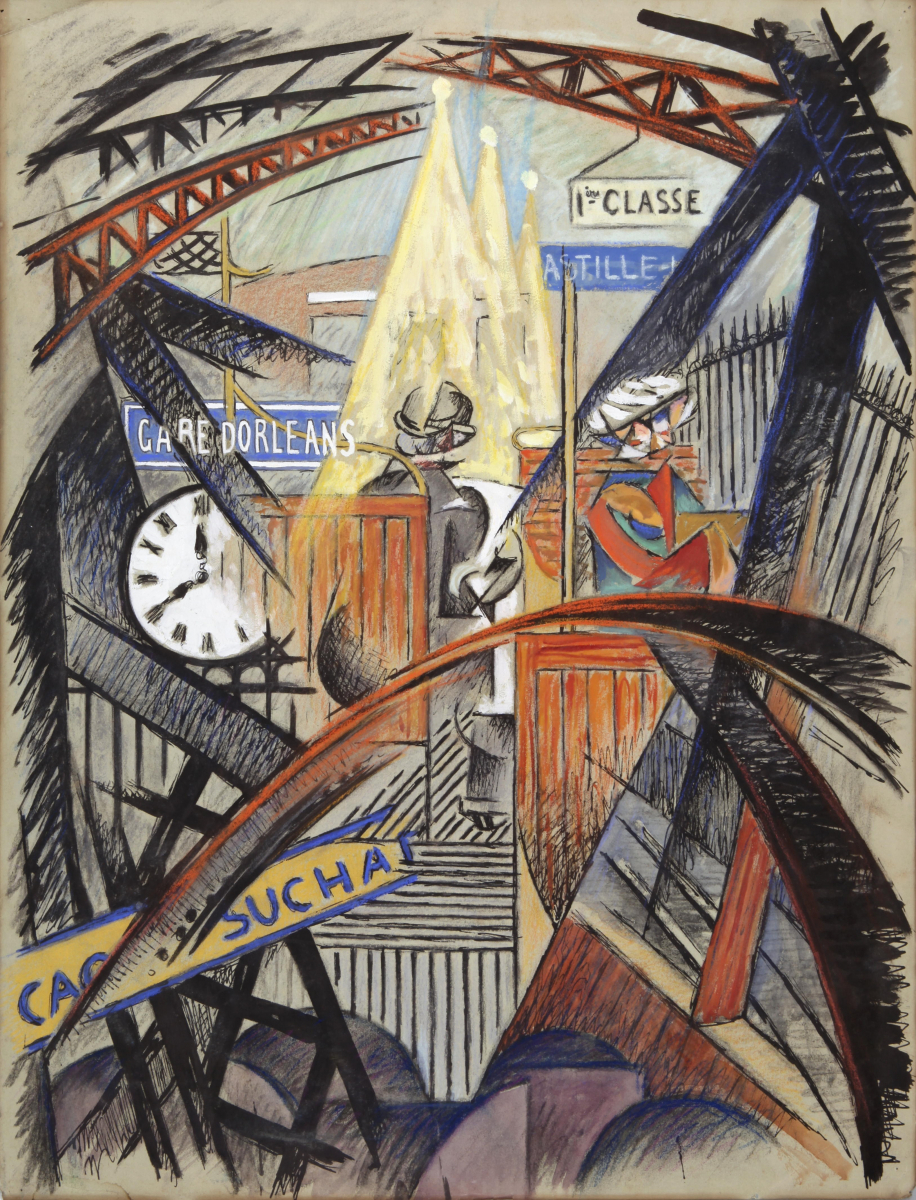